Danielle Moonstar also known as Dani is a Cheyenne, Valkyrie mutant that can create empatchic illusions and psychic arrows. Dani is a member of the New Mutants.

Moonstar was born in Boulder, Colorado. She grew up on a ranch outside of the city and spent most of her time in the wilderness and with animals.

Before she moved in with her grandfather Black Eagle Dani did not know she was a mutant. Her powers first manifested when her parents disappeared on a hiking trip Dani believed it was just a nightmare. When she was taken in by her neighbors that is when Danielle found out about about her powerson and was sent to live with Black Eagle.

After taking his grandaughter in Black Eagle realized the only way to help Moonstar control her powers was sending her to be with other mutants. Dani told her grandfather she was not going with the young mutant team. She changed her mind after her grandfather died.

Danielle is a Cheyene mutant who is proud of who she is. Dani does not wish to hide her mutant heritage and does not like to hide it. She is not worried if people expect who she is or if people fear her Danielle likes spending more time with animals anyway. 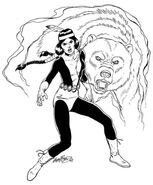 Moonstar and the Demon Bear 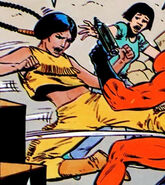 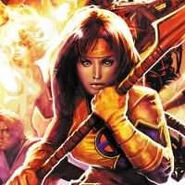 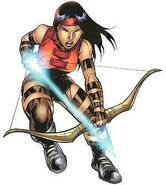 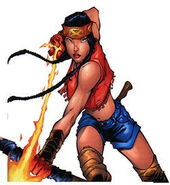 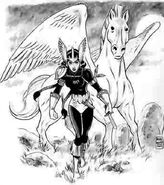 Danielle in her Valkyrie armor 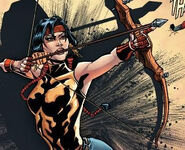 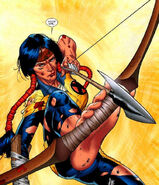 Moonstar with a broken arm 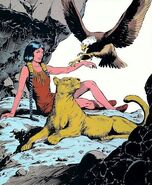 Danielle with her animal friends
Add a photo to this gallery
Retrieved from "https://new-mutants.fandom.com/wiki/Moonstar?oldid=3222"
Community content is available under CC-BY-SA unless otherwise noted.